I consider myself a collector of stories.  The stories that I collect are an expression of creativity, freedom, love, and learning. Throughout my life I have used many artistic mediums to capture and preserve the stories that come to me: photography, video, film, media activism, drum, clay, collage, journal, blog and puppetry, just to name a few.  My muse is always changing.  The celebration of creative expression is very important to me.  I am happiest when I am creating.

I began my artistic journey in childhood.  I come from a family of photographers and storytellers.  Documenting events was encouraged and revered in my family. I got my first camera from my Aunt Rose when I was ten and have been a devoted photographer ever since.  My favorite subject matter is culture, nature, and grassroots activism.

My artistic approach is a mixture of both observational and expository styles.  I am most inspired by natural light, the seasons, the charisma of everyday people and the natural beauty of an impromptu situation.

Technology and artistic expression allow me to preserve a moment in time; that is and will always be miraculous and precious to me!  Creating art allows me to encapsulate an extraordinary character, to preserve the memory of a beautiful day or to capture a grassroots movement’s protest.  Cameras are enchanting and a great photograph is the culmination of a perfect story.  It is a privilege to honor and save a moment in time.

Petra Daher loves a good story!  She's a seasoned video director, photographer, editor, writer, puppet maker and media education instructor.  Petra's specialization is documentary film production and observational photography.  Her favorite subject matter is culture, nature, and grassroots activism.  Her documentaries have been seen at film festivals, on the Internet, and on public and educational television.  Her photography and artwork has been exhibited in galleries, published in travel magazines and hang in personal collections across the United States.  Daher graduated from Michigan State University and has a vocational teaching certification in Video Production from Western Michigan University.  She has taught art and new media to people of all ages including: Videography, Photography, Documentary Production, Digital Editing, World Cinema and Puppetry.

When Petra is not producing and Directing  her own projects or teaching, she has worked with clients throughout the United States to assist in the creation of quality photography, video and film production.

Eagle Monk Brewery, October 2016, Autumn from Harvest to the Shedding of the Leaves, Solo Photography Exhibit.


Photography featured in Magazines and Blogs 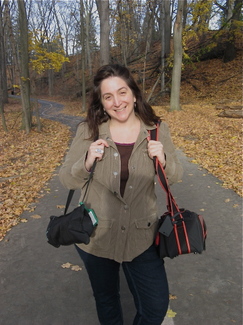